The leader of La Bancaria wants to affiliate the employees of the fintech: “Now I’m going for Marcos Galperín” 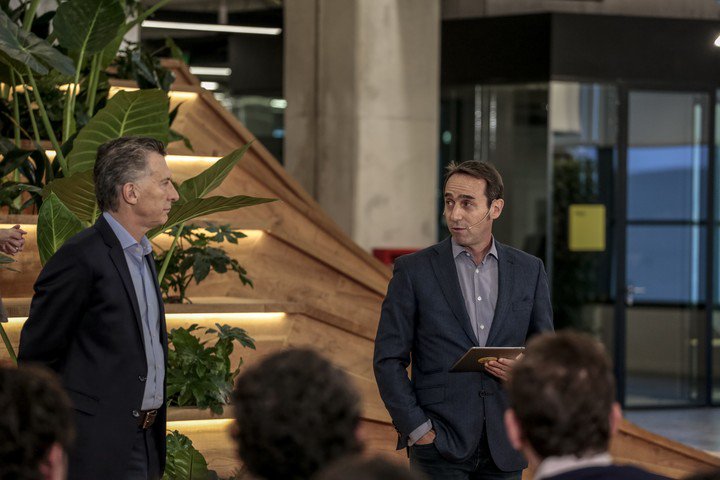 Sergio Palazzo closed the parity of banking workers on Friday. He managed to ensure that the salaries of the 110,000 employees of banks are tied to inflation, meaning that their salaries will not lose purchasing power. He signed a 30% that will be modified along with the CPI when inflation exceeds that number.

After closing the paritaria, Clarín asked him if from now on he would focus on military so that the Kirchnerism returns to power.

– I’m in that, but I also have another goal: I go for Marcos Galperín, the owner of Mercado Libre.

– And what does it mean?

– I want all Fintech workers to fit in as bank workers. If they are providing financial services, they have to be inside La Bancaria, and our collective bargaining agreement.

– How will he achieve it?

– The good way or the bad way. I want to be the Moyano of the financial system. I do not want only Fintech workers, also those who work in a supermarket or a service station but giving financial services, now that the Central Bank has enabled those operations.

The gremialista talks about the “corresponsalías”. Banks can have a counter in various types of commerce to manage basic operations, such as opening accounts, signing a fixed term, making payments and obtaining loans in places where they usually carry out daily activities.

Palazzo points out that there is an outsourcing of numerous operations of a financial nature, which are taking place outside of financial institutions. And he does not like it. Or do not like to be done without the union participating. He calculates that if he meets his goal, he could incorporate some 6,500 workers into the union.

In Mercado Libre they did not want to comment. Nor in the Argentine Chamber of Fintech.

The leader of La Bancaria spoke particularly of Galperín. Perhaps because the creator of Mercado Libre – a company that has a market value of 30,000 million dollars and surpasses the entire Argentine financial system – has already complained openly and publicly about the power of the unions.

But the truth is that Mercado Libre and its controlled Mercado Pago also managed to displease the bankers themselves, who days ago complained that there is some regulatory and fiscal asymmetry that harms the banks and favors Mercado Pago. A few days after that complaint, the AFIP forced Mercado Pago to make tax withholdings that until then it was not obliged to do.

In March of this year, Clarín said that Mercado Libre disbursed US $ 71 million for a state-of-the-art logistics center in the Central Market. But as soon as it opened the first 35,000 square meters, of a structure of 65,000, the first thorn appeared. The center, which has 80 direct employees who will soon grow to several hundred, signed an agreement approved by the Ministry of Production and Labor so that these personnel belong to the Union of Load and Unload Workers. The union under the baton of Hugo Moyano, put the scream in the sky. Moyano seeks to belong to Truckers.

Years ago, Mercado Libre had a similar conflict but with the trade union of employees of Commerce, which Armado Cavalieri leads. And he threatened to establish in Uruguay a call center that was originally going to be set up in Buenos Aires.

Last December, in an interview with Infobae, Galperín made clear his position regarding the relationship between companies and unions: “The Argentine labor framework is terribly antiquated. It is made for a country 100 years ago. It protects industrial age jobs that are the repetitive jobs that robots and machines will replace, and protects them so hard that it does not allow new jobs to be created.